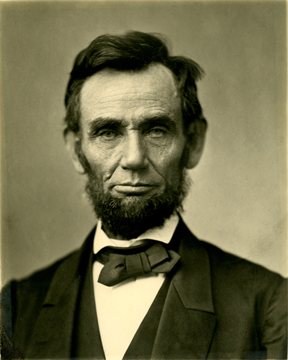 President Abraham Lincoln said: "I have two great enemies: the Southern Army in front of me,
and the financial institutions to my rear. Of the two, the one in my rear is my greatest foe. The Government
should create, issue, and circulate all the currency and credits needed to satisfy the spending power of the
Government and the buying power of consumers. By the adoption of these principles, the taxpayers will be saved
immense sums of interest. Money will cease to be master and become the servant of humanity."
Lincoln's advice is still revelant and will create a prosperous nation beyond belief when implemented.